It’s 2 AM – Do You Know Where Your Pathologist Is? 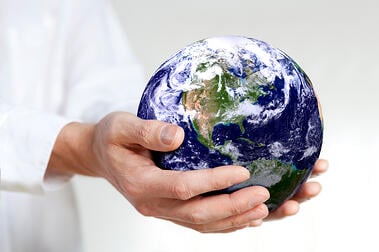 A friend of mine recently put me on to some old, and not so old, articles about radiology services being outsourced, including this story entitled “Who’s Reading Your X-Ray?" in The New York Times, published more than a decade ago, and another article a few years old from NBC News entitiled “Is a doctor reading your X-rays? Maybe not”.

The more recent article focused on poor outcomes from outsourced radiology services, while The New York Times piece looked at the business models in healthcare that relate to outsourcing. Tom Friedman, the Pulitzer prize winning author for the newspaper and author of The World is Flat argued that outsourcing allowed companies to split service and manufacturing activities into components which can be subcontracted and performed in the most efficient, cost-effective way. This process became easier with the mass distribution of fiber optic cables during the introduction of the World Wide Web. And all these fiber optic roads seem to go through - or to - Banglore, India.

The point is outsourcing, including outsourcing of medical goods and services, is nothing new. Teleradiology, as it became known, has been in place for decades and according to the American Telemedicine Association, nearly all hospitals have some component of teleradiology in their institutions.

About 20 years ago, a neighbor of mine bragged he could take his radiology calls from the basement of his home with “high-speed Internet” and didn’t have to go into the hospital for ER and surgery calls. He could go downstairs to the home office, log on, read the case, and return to bed. Helpful on those long, cold, upper Midwest winter nights. Within about a year of this, he and his group subcontracted out their 6 PM to 6 AM reading responsibilities to a group of radiologists in Sydney, Australia. The foreign group was licensed in our state, credentialed at their hospital and was now contracted by my neighbor’s radiology group to provide overnight reads.

Taking calls from home was OK, but taking no call - particularly at the price they paid for the coverage, was even better. All the overnight studies were over-read the next morning, and any discrepancies in opinion were vetted in some fashion to ensure standards of care and quality assurance measures were being met.

Every few months someone sends me articles or stories like these with some comment about how this will happen in pathology. Someone in India with an Indiana medical license will be signing out cases from Indianapolis for a fraction of the cost (at arguably the same quality) costing pathologists jobs and revenues.

For better or for worse (assuming the US public received equal or better care), this has not happened. And likely will not. Some of the reasons for this are good and not so good on a global scale.

First and foremost, the vast majority of the world’s pathologists and majority of sub-specialists reside and practice in the US of A. Canada, United Kingdom, Germany and Japan likely comprise the combined majority of the remainder. There just aren’t very many pathologists in the rest of the world. In addition to a lack of expertise, there is a lack of capacity it seems for pathologists in Asia and South America. While you could perhaps get the same service for less at the same quality, the folks who could do the reads have no capacity to do so. In fact, recent experience from international telepathology projects have reflected the opposite – a growing need for sub-specialists with capacity in the US.

Secondly, I think if it were simply a matter of purchasing the services for less overseas, the large - and getting larger - commercial laboratories in the US would have been overnighting slides to foreign lands long before digital slides existed. It again perhaps speaks to expertise, quality, and efficiency.

Thirdly, and perhaps most importantly, there are, as I understand them, issues with payment by most, if not all, payors for pathology services performed outside the US as with biopsy reads, that makes business models prohibitive alone around this relationship and fortunately most of us do not (and cannot) read biopsies at 2 AM. The need to provide 24/7 radiology support to the ER does not exist in pathology - with motor vehicle accidents, headaches, abdominal pain, and bleeding are all examples of areas that may necessitate imaging studies to determine whether a patient needs to be admitted, have surgery, or can be discharged from the ER. For this reason, it would be unlikely for a pathology group to subcontract out its services to a group in Barcelona or Bangalore so its members can sleep through the night.

So, rest assured, I can tell you that your pathologist is at home, sleeping or watching re-runs of American Pickers or Ice Road Truckers at 2 AM and your pathology slides are waiting to be read the next morning.

If you liked this post from Dr. Keith Kaplan, then sign up for our blog to receive instant updates on new posts.