What’s the #1 Cause of Patient Data Breaches? HCR Issues Cause Concern 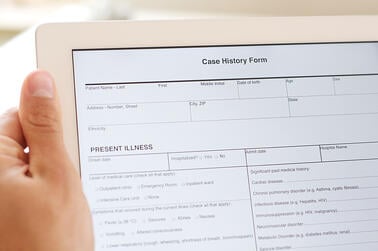 Are Electronic Health Records (EHR) vulnerable to hackers? Yes. But are hackers the main source of healthcare data breaches? According to a report just released by IT Security firm Redspin, theft is listed as causing 83% of all large HIPAA privacy and security breaches. Hacking accounted for 6% of breaches.

Key take-a-ways from the study:

How can hospitals reduce risk?

In other stories about Electronic Health Records in the news, Charles Krauthammer had an interesting commentary this month in The Washington Post about EHR Scribes. After first taking on vitamin supplements and Medicaid patient use of emergency rooms, Krauthammer takes aim at the “rigid mandate” that unnecessarily speeded up adoption of EHR, causing a sprawling mess.

“Electronic records will save zillions. That’s why the federal government is forcing doctors to convert to electronic health records (EHR), threatening penalties for those who don’t by the end of 2014. All in the name of digital efficiency, of course. Yet one of the earliest effects of the EHR mandate is to create a whole new category of previously unnecessary health workers. Scribes, as they are called, now trail the doctor, room to room, entering data.

Why? Because the EHR are so absurdly complex, detailed, tiresome and wasteful that if the doctor is to fill them out, he can barely talk to and examine the patient, let alone make eye contact — which is why you go to the doctor in the first place…This is not to say that medical practice should stand still. It is to say that we should be a bit more circumspect about having central planners and their assumptions revolutionize by fiat the delicate ecosystem of American health care, “ said Krauthammer.

It seems that pretty much any healthcare discussion in this country quickly becomes a hot button issue. EHR certainly provokes strong opinions and the debate will continue to unfold as hospitals work to install, manage, and secure EHR, while also learning how to best leverage it to improve patient outcomes.