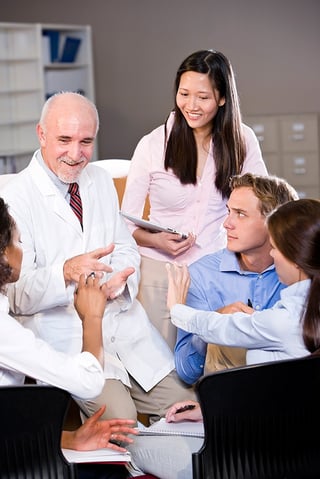 Nowadays, it is commonplace for first-year residents to decide what fellowships they may want to do following residency. Many will tell you boldly they are going to do a molecular pathology or cytology fellowship within six months of starting their residency, perhaps without actually doing any rotations in these sub-specialties.  I, too, wanted to get extra training in gastrointestinal and liver pathology. However, I didn’t consider applying so early in the game but rather waited until if and when the time came to do so.

Why has the timing of these decisions changed? Resident program directors have shared with me that it is now a basic belief that four years of pathology training is not enough. The fund of knowledge in pathology is too great to master in 4 years, and residents need additional training.  For competitive fellowships, establishing a network of contacts, references, research projects, presentation opportunities, manuscript preparations, require folks to start almost upon entering residency. With competitive residency programs, medical students do the analogous thing - develop resources to ensure they will: (a) match in their desired specialty, and (b) match in a program that is nationally recognized.

It appears that a broad notion is being promoted in pathology training that you have to sub-specialize. That is to say, in order to get a job you need a sub-specialty, or two, or three.  This notion is perfect for the practice group that has a need for a molecular soft tissue cytopathologist, but how many groups need this level of subspecialization?

It used to be that pathology residencies were 5 years. The intent was that everyone would do a "clinical year" prior to 4 years of pathology training.  I went through this type of program. I wrote about my year as a medical intern (The Midnight Menu) as being one of the worst years of my life in some respects; yet it was perhaps one of the most gratifying personally and professionally to date. It likely will remain my least and most favorite year of being a physician.  The “clinical year” has now been eliminated from pathology training programs. Even when it did exist, many used this year as a "fifth year" to complete an additional year of "surgical pathology" fellowship or the like.

To get back to the needs of the market, what does the pathology market actually need and how do we as a specialty ply our trade within healthcare?  The general anatomic and clinical pathologists still have a place in our field.

Additional training is preferred in many cases but general pathology skills remain a prerequisite.  Few groups are large enough to have the depth needed in every subspecialty AND provide "general" coverage for frozen sections, autopsies, the potentially wide array of anatomic and clinical questions across medical subspecialties AND have enough volume to justify multiple sub-specialists AND/OR have needs for gastrointestinal molecular hematopathologists that cannot do general anatomic pathology.

Perhaps it is too late. Case in point, "breast" cases used to comprise a significant portion of "general" cases.  Derms, lymph nodes, brains, livers and perhaps even head and neck seemed to have a niche with experts to do these kinds of cases in addition to general surgical pathology cases. Now it seems "breast" pathologists do nothing but breast rather than generalists having expertise in "breast".

This new paradigm begs a few questions - 1. Can a pathologist be overtrained and so limited that a lack of a wider fund of knowledge could be detrimental in the long run and 2. Can pathology afford to train and employ an increasing number of sub-specialists who will do "one thing" rather than "everything"?

Will pathology benefit from more specialists?